Request a Quote for Your School or District

Request a quote for Goalbook Toolkit

When Mariana Stoneburg was faced with the challenge of teaching in a full inclusion setting, she felt lost.

Her school was not meeting NCLB guidelines and struggling to meet AYP with large ELD and SPED student populations. After several years of teaching as a Special Educator who pulled students out of traditional classrooms for one-on-one support, she was skeptical: with no experience facilitating inclusion and little training offered, she felt the impulse to learn more in an effort to help her students. Mariana took advantage of a professional development opportunity and enrolled in courses to learn more about how she could help her students access curriculum in a general education setting, where she first became aware of Universal Design for Learning.

Goalbook has opened up lots of ideas for me – every time I log in, I came out with something new, something that makes learning accessible to every student.

The UDL framework piqued her interest, and Mariana assumed a leadership role for other resource teachers in her building as they moved towards full inclusion. But as her practice began to shift, she still felt under-resourced when trying to develop new strategies for students with specific needs. The district provided a goal bank with a basic template for preparing for IEPs, but Mariana was frustrated by the lack of impact her planning was having on instruction. 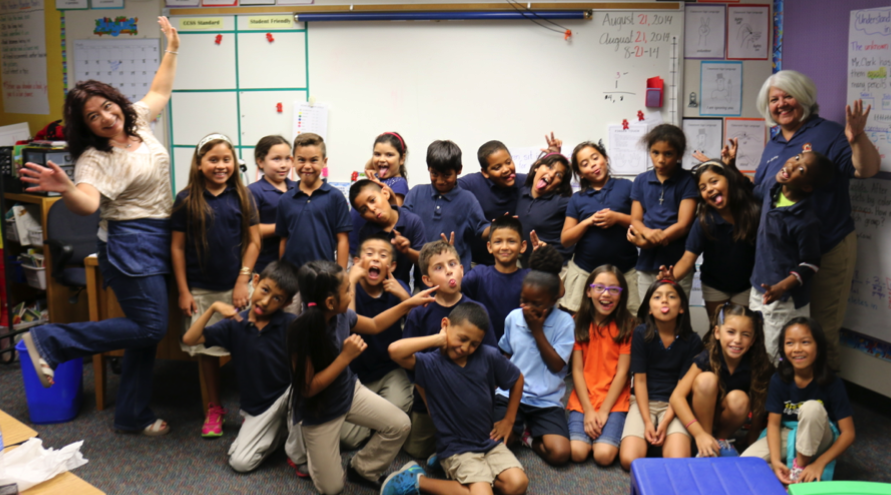 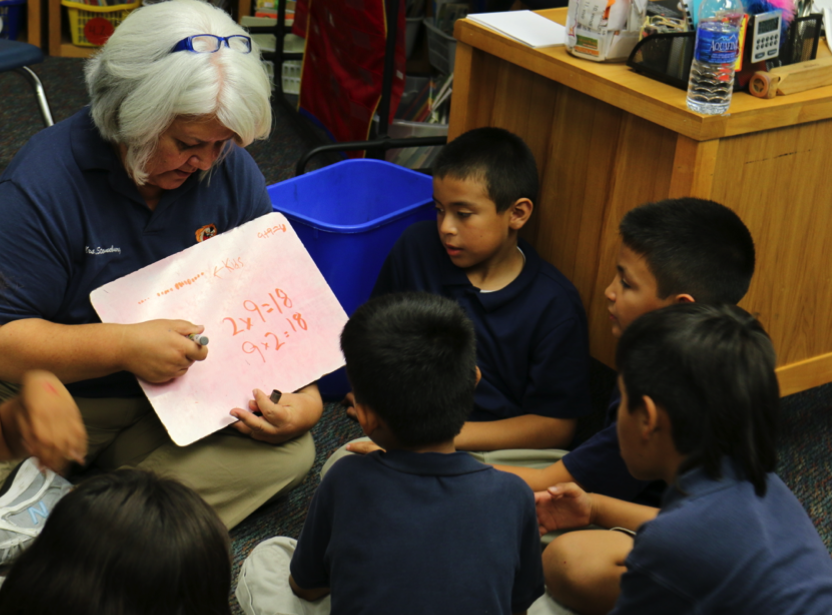 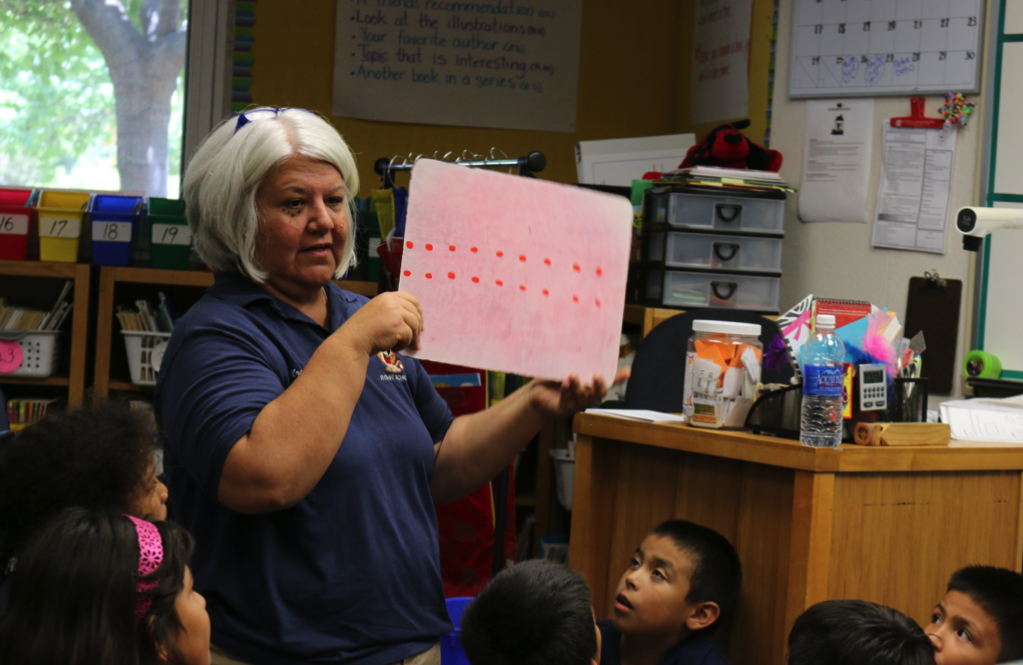 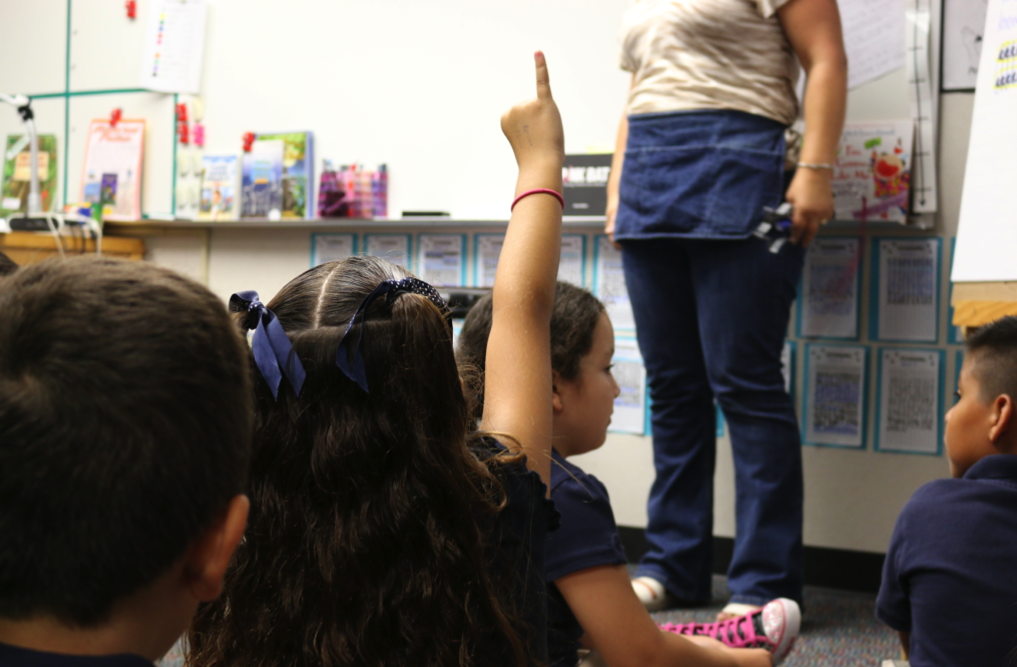 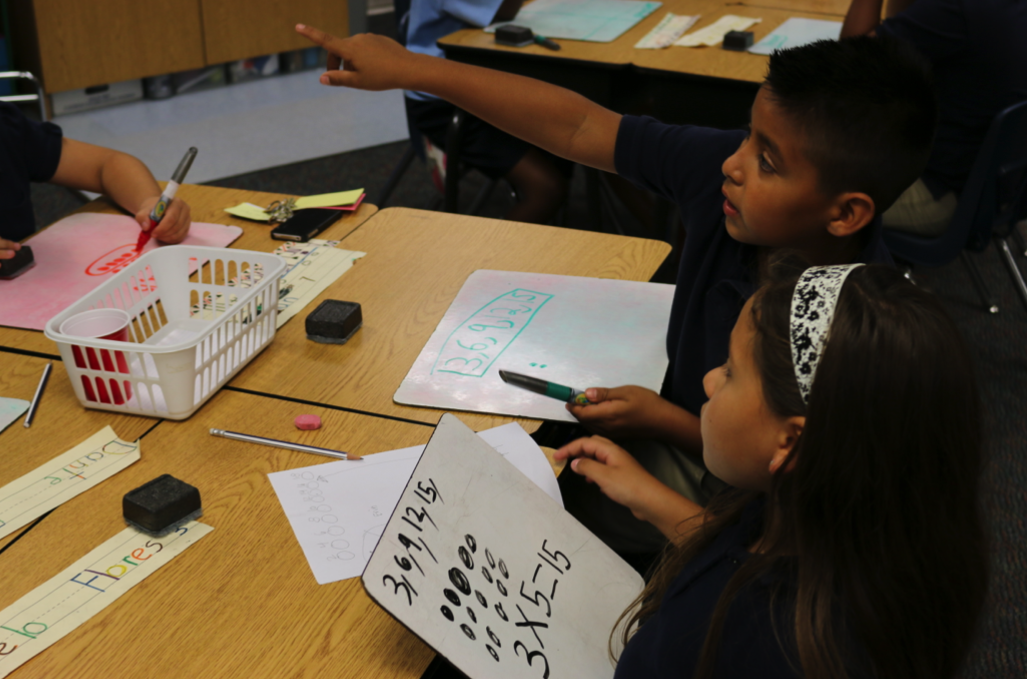 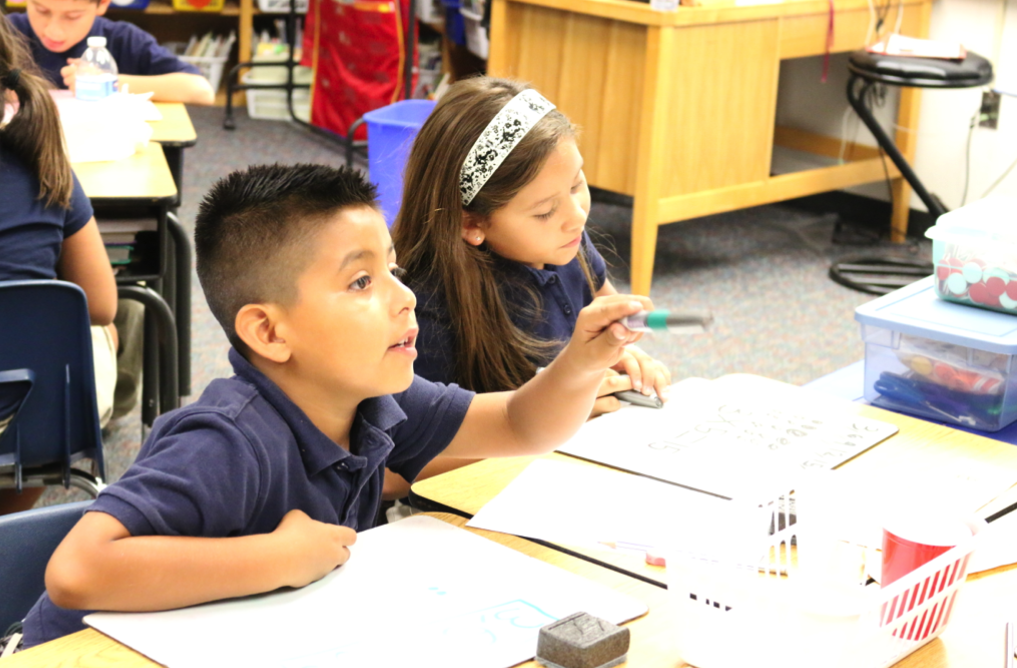 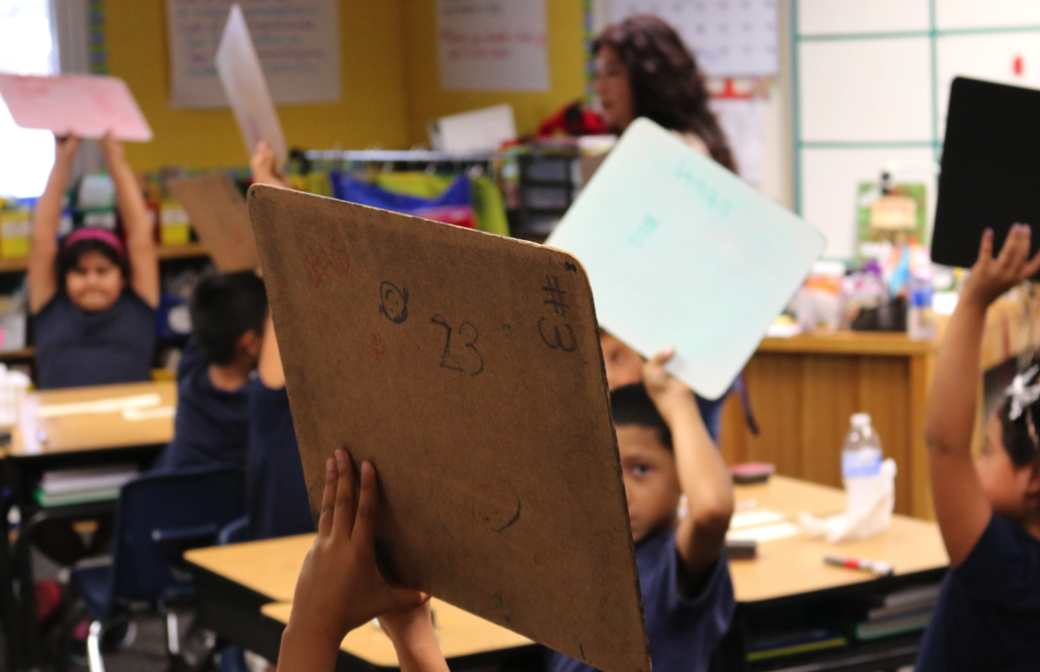 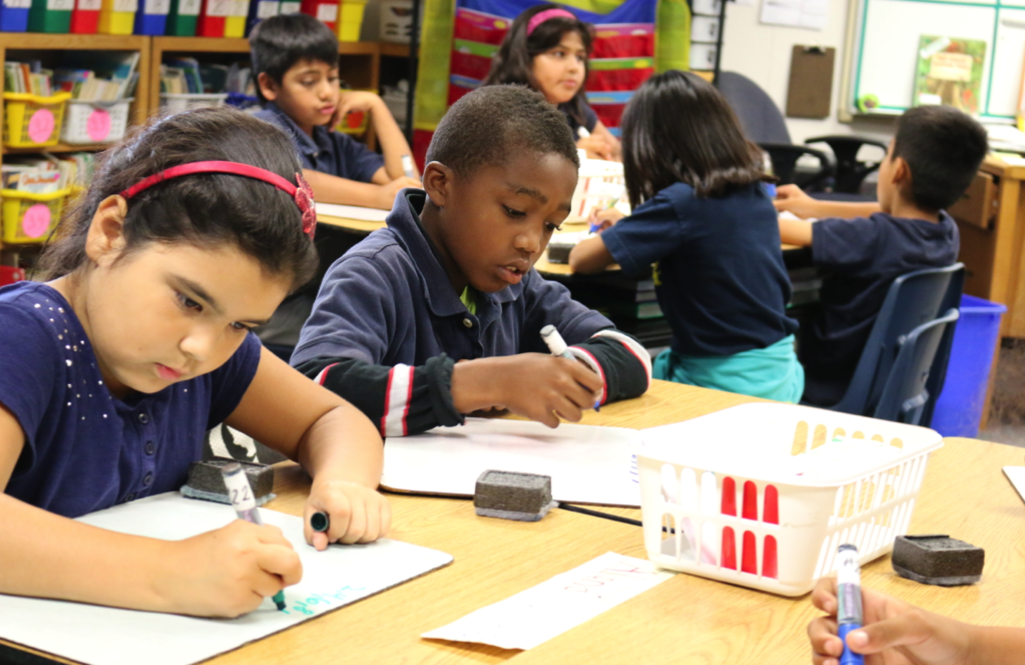 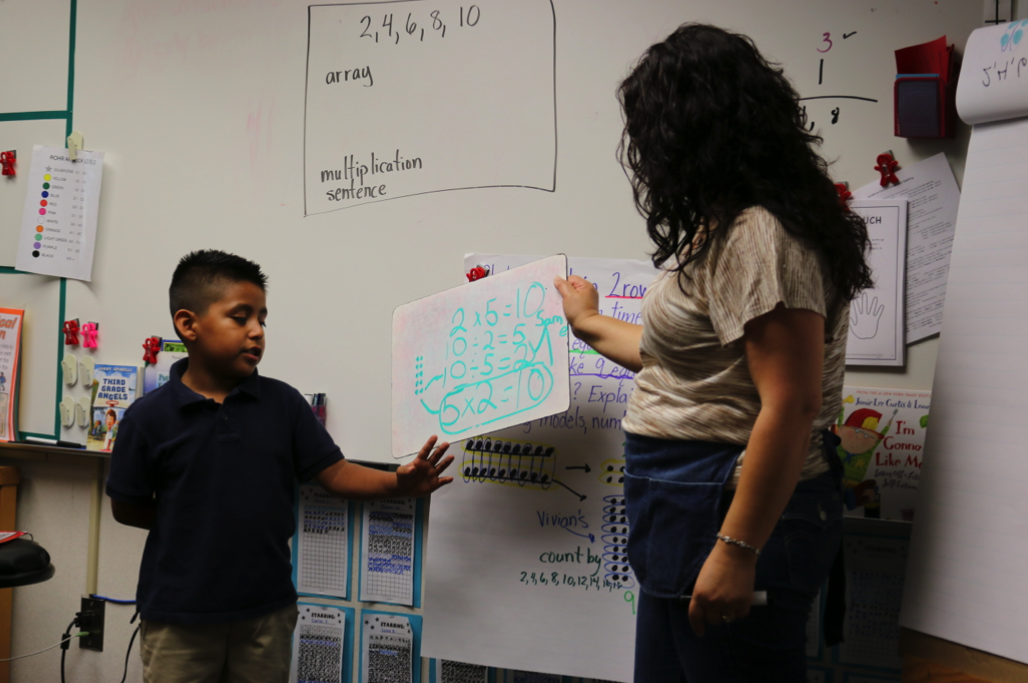 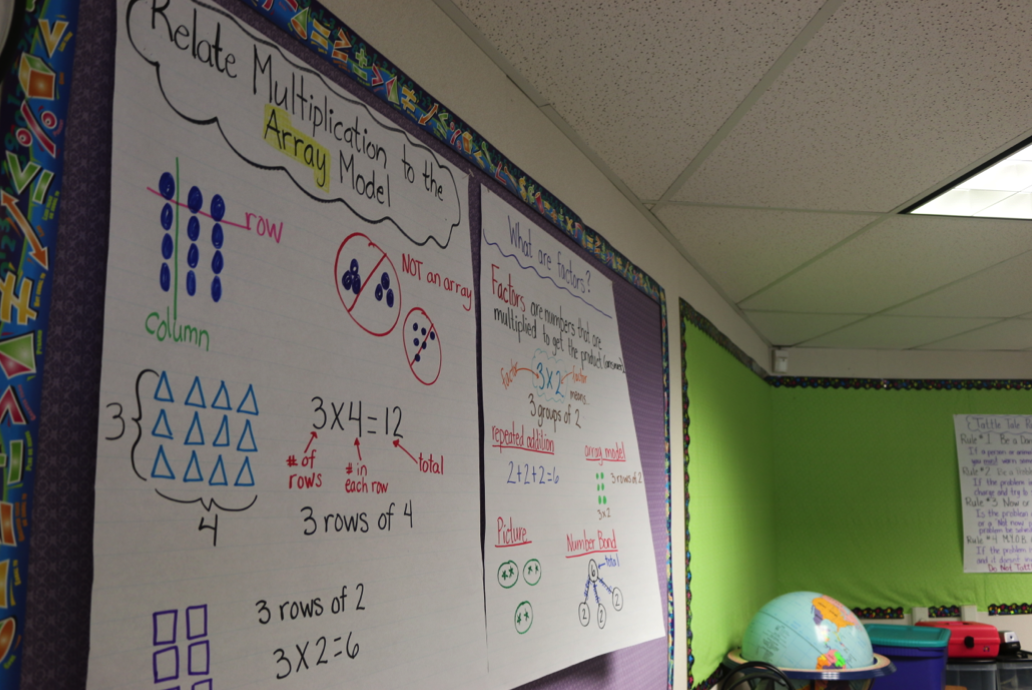 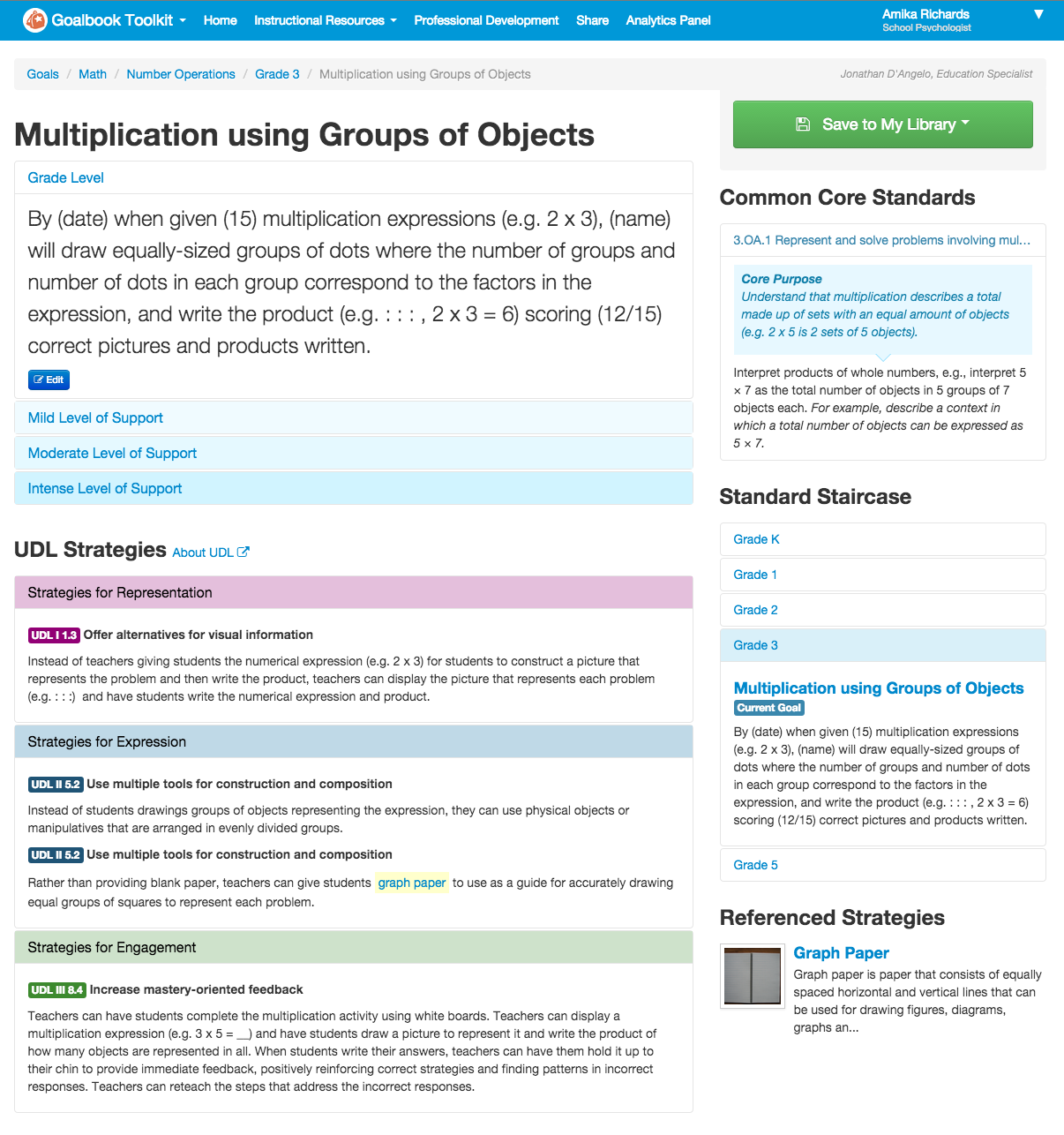 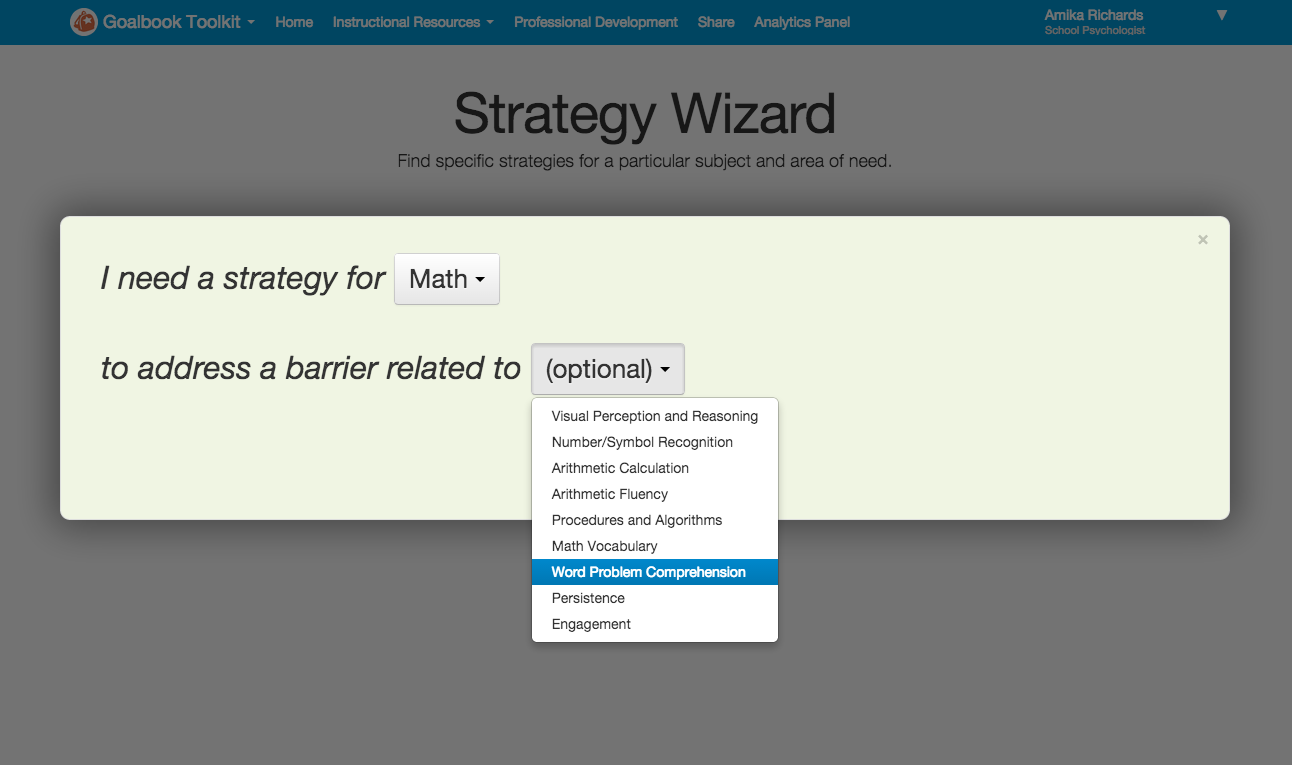 [Show picture list]
“I found myself on autopilot, looking for something to teach my kids. I’d breeze through and write learning objectives without substance because I knew I had this very basic template.” Then, Common Core came along. If it was difficult to make learning accessible for all students before, the new set of standards added a new dimension to the challenges Mariana and her colleagues faced. Teachers were now spending hours trying to decipher the most effective strategies that met the complexity and rigor of Common Core. Searching for help, Mariana turned to the web, where she found Goalbook. Not only did Goalbook help Mariana align her instruction to Common Core with ease and save her time, it transformed her practice. Goalbook Supports Teachers in Chula Vista Elementary School District from goalbookapp on Vimeo.

Most important, Goalbook has helped Mariana to have an impact on every student in the inclusion classroom – not just the 17 who are on her case load.

Mariana works with students in cooperation with Eudelia Torres, a third grade teacher at her school. She recalls an early example of UDL in practice: several years ago, she and Eudelia developed behavioral cue cards for a student with autism. “We developed it for a specific student, but I noticed that it also worked for the child squirming in her seat and the ELL student,” she explains. “Today, you will still see that chart on the ledge at the front of the classroom.” Beyond the laminated flip chart at the front of the room, Eudelia’s classroom management techniques are also closely aligned to the UDL framework. She engages students by blowing a train whistle to signal when it’s time to line up, squeaking a toy attached to her belt to direct students’ attention, and chiming a silver wand when the class is too loud. Students don’t just raise their hands: throughout the room, a class-specific vocabulary of hand signals allows the teachers to determine if a hand is being raised as a bathroom request, because the student has a question, or – as is often the case – to volunteer to share with the class. Each chart, sign, and management technique is designed to foster an encouraging, collaborative environment where all students are engaged in high-level learning. One example was a typical lesson on Common Core math, where students were learning how to represent the transitive property of multiplication using arrays. When Mariana demonstrated that an array could be portrayed both horizontally and vertically by rotating the small whiteboard she was using with a small group of students for the whole class, one young student took note. After returning to their seats to practice together, students returned to the carpet. One volunteered to share his work, and when asked to defend his answer by Eudelia, he responded by rotating his whiteboard – just as Mariana had done – as he remarked “I saw Mrs. Stoneburg do this.” After using a free trial, recommending Goalbook to her colleagues, Mariana’s district officially partnered with Goalbook. Today, in Eudelia’s classroom, it’s evident that all students can access the rigor of Common Core – regardless of their individual needs. It is also clear that students are engaged in their learning: they assist one another, ask questions, present for each other, and demonstrate mastery at varied levels of rigor.